The Case for DMOs Getting 100% of Lodging Tax Revenue

As DMOs look to stabilize their budgets in these trying times, now may be the best opportunity that has ever existed to strategically advocate for a higher percentage of this revenue. Read time: under 3 minutes

No matter where you stay overnight in a short-term rental in America, you will likely pay some form of lodging tax. According to Avalara’s State Lodging Tax Center data, state rates vary widely from 0% in Nevada to a high of 15% in Connecticut. And most cities and/or counties add on their own accommodations tax at a wide range of rates as well. While there is little current individual destination data easily accessible, 17% has been cited as the highest lodging tax charged and is made up of a combination of a 6% state tax, a 7% county tax, a 2% city tax, and a 2% tax by the body that oversees sports venues. 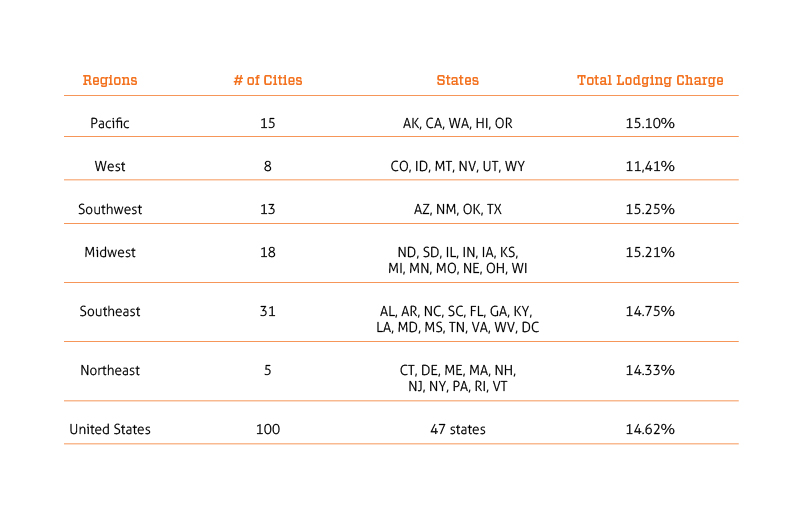 The official designation of how lodging tax revenue can be used varies widely, but a well-defined designation can be found in Washington State:

While there are some exceptions, the guiding principle for the use of lodging taxes in Washington State is that they must be used for activities, operations and expenditures designed to increase tourism. Specifically, lodging taxes can be used for:

If there is a belief that lodging taxes should be primarily used for these sorts of activities, then why aren't a higher percentage of lodging tax funds actually designated for those purposes? One argument against DMOs receiving more of these funds has been that there there was so much money being generated by these taxes that there were "enough funds to go around". And that the paltry percentage that was allocated to “expenditures designed to increase tourism” was enough. Over time we became resigned to run DMOs on the portion of the lodging tax revenue that others decided was enough.

Then came March of 2020. Hospitality revenue plummeted and DMOs burned through their reserves in a frenetic effort to keep experienced teams together, plan for changes to programs of work and cover fixed expenses all while trying to find time to lobby beleaguered bureaucrats to figure out how to maintain their funding levels—a cacophony of challenges most DMO leaders have never had to face all at once.

I spoke recently to one DMO who was asking for their city to back a loan for operational support until their revenue recovers. During this process, this travel industry veteran was asked, “If you were to borrow the money you need to operate for the next year, how would you pay it back?” My reaction as a business person was that this was actually a very prudent question. What if their answer would have been: "Give my DMO all of the money that is collected through lodging tax, and I will not only be able to pay this money back, I will be able to actually do what that money is intended to do—to fund activities, operations and expenditures designed to increase tourism."

Before you make this argument, you will need to know what percentage of your destination’s lodging taxes collected are currently flowing through to your DMO. If you are unsure of or unable to find this information, you can get a pretty close estimate utilizing STR occupancy and ADR data for your destination compared to the lodging tax dollar allocation your DMO received over the same period.

As illustrated in this 2018 Civitas study, less than 51% of average lodging charge allocations are flowing to efforts to fund tourism and travel-related initiatives with 49.82% of funds flowing into the general funds of state, county and city governments. 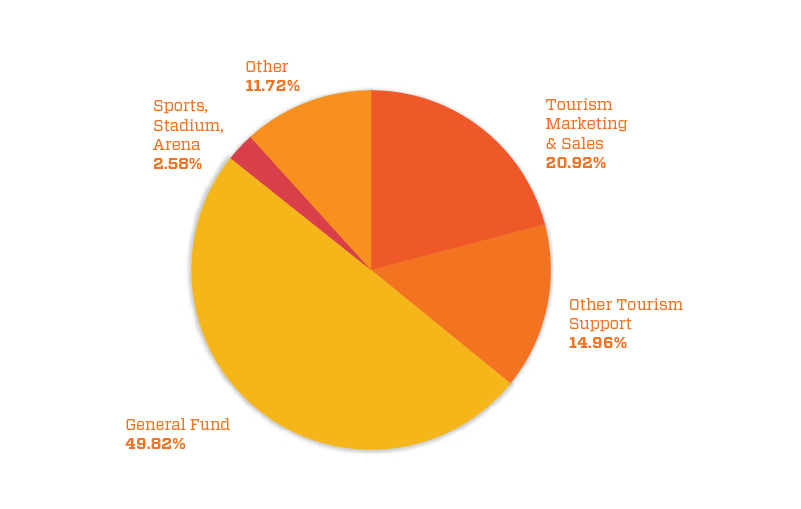 In light of this, making the argument that 100% of these taxes that are collected from visitors (often in addition to local sales taxes charged on these accommodations) should be devoted to attracting future visitors would essentially double the amount of revenue you are currently getting. Then, as revenue builds back up, you would be able to replenish your reserves/repay loans with this additional funding. If you are advocating that those dollars are collected from visitors for efforts to encourage more visitors to travel to your place in the future, why shouldn’t 100% of these funds be used for this purpose?

As DMOs look to stabilize their budgets in these trying times, for those that depend on government apportionment of lodging taxes, now may be the best opportunity that has ever existed to advocate for a higher percentage of this revenue. However, go into this battle with your eyes open—state, county and city coffers are running dry with decreases in taxes collected across the board. So, be aware that asking to divert any revenue these taxes are currently generating (which is likely very little for this sort of tax at the moment) will be met with pushback. As you make this argument, remember to remind everyone who will listen how many hotel rooms you have in your city. Multiply that by 365 days to illustrate the annual inventory of hotel rooms that are available to sell in your destination every year. This number often gets the attention of anyone you have an opportunity to influence. Once you have their attention, be prepared to illustrate with local facts that tourism is vital to your community’s economy. And let them know you must have the appropriate funding now more than ever to help rebuild this important part of your community’s economy.

I know the chance of 100% of lodging tax revenue being designated for the purpose of its collection is a stretch. However, can you think of a better time than now to make this argument? I’d love to hear your thoughts: david@stampideas.com