The road to rebuilding a brand reputation for a destination can often be a long one. The important thing is to create a strategy that will identify the best messages and channels for communicating with visitors during and after challenging times. Read time: 7 minutes

It’s amazing how quickly a destination can find itself in crisis. In early 2010, Alabama’s Gulf Coast was coming out of two years of recession in pretty good shape. Destination awareness was growing and rental bookings were on a slightly upward trend. But in April of that same year, the BP Deepwater Horizon drilling rig exploded, spilling more than 4-million gallons of oil in the Gulf of Mexico – less than 100 miles off the coast of Dauphin Island, Alabama. The spill caught the island’s tourist-dependent businesses at their most vulnerable moment, at the beginning of the high season. As the oil spill dominated daily headlines, lodging cancellations started rolling in. Mayor Jeff Collier estimated that 95 percent of the island’s vacation bookings were canceled immediately following news of the spill. While the beaches weren’t technically closed during the clean-up efforts, they might as well have been. “Everything we had to offer as an island town was turned off,” Collier said. “Most of what people come to a beach community for is the beach and the water.” For years, loyal island tourists migrated elsewhere. Only a few new visitors crossed the three-mile bridge to rent the charming vacation homes, visit the historic attractions or frequent the family-owned shops and restaurants. In a town where eco-tourism drives the local economy, the impact was devastating, costing the Island tens of millions of dollars in lost tourism spending. The economy for the 14-mile long Island with its 1,300 permanent residents was paralyzed. After years of clean-up efforts and five years of litigation, BP agreed to a settlement and awarded a payout to Dauphin Island to boost tourism marketing – and Stamp was hired to tackle the assignment. With an eye toward convincing target markets that Dauphin Island tourism was alive and well again, we recommended that the Island take this opportunity to rebrand with a more up-to-date and appropriate brand voice that would help set them apart from other nearby competition on Alabama, Florida and Mississippi beaches. Stamp felt the key was to remain true to the Island’s core brand attributes – raw beauty, history, eco-tourism, and one little-known fact – that the island has the state’s most amazing sunsets. This is due to the geographic location which is the westernmost white sand beach along the entire Gulf Coast. And Stamp was in good company, according to a 2015 DMAI survey that came out within a year of this rebranding effort, effective destination branding is ranked among the top success factors for marketing.

In defining a clear vision and brand position for Dauphin Island’s future success, Stamp followed a tried and true process:

The creative strategy was developed based on research findings, discussions with Island residents and meetings with town leadership. The approach was honest and authentic. Many of today’s visitors are looking for something niche and undiscovered. Visitors want to experience an entire destination – both the traditional tourist attractions as well as the local way of life. So Stamp capitalized on one of the Island’s most notable attributes – the sunsets. Panoramic sunsets have long been an inspiration to residents and visitors to Alabama’s historic island. “The Sunset Capital of Alabama” was picked as the island’s new moniker to celebrate the remarkable sun- & sea-scapes that have been a source of pride for the island. The name was met with support from the town council and the Alabama Tourism Department. 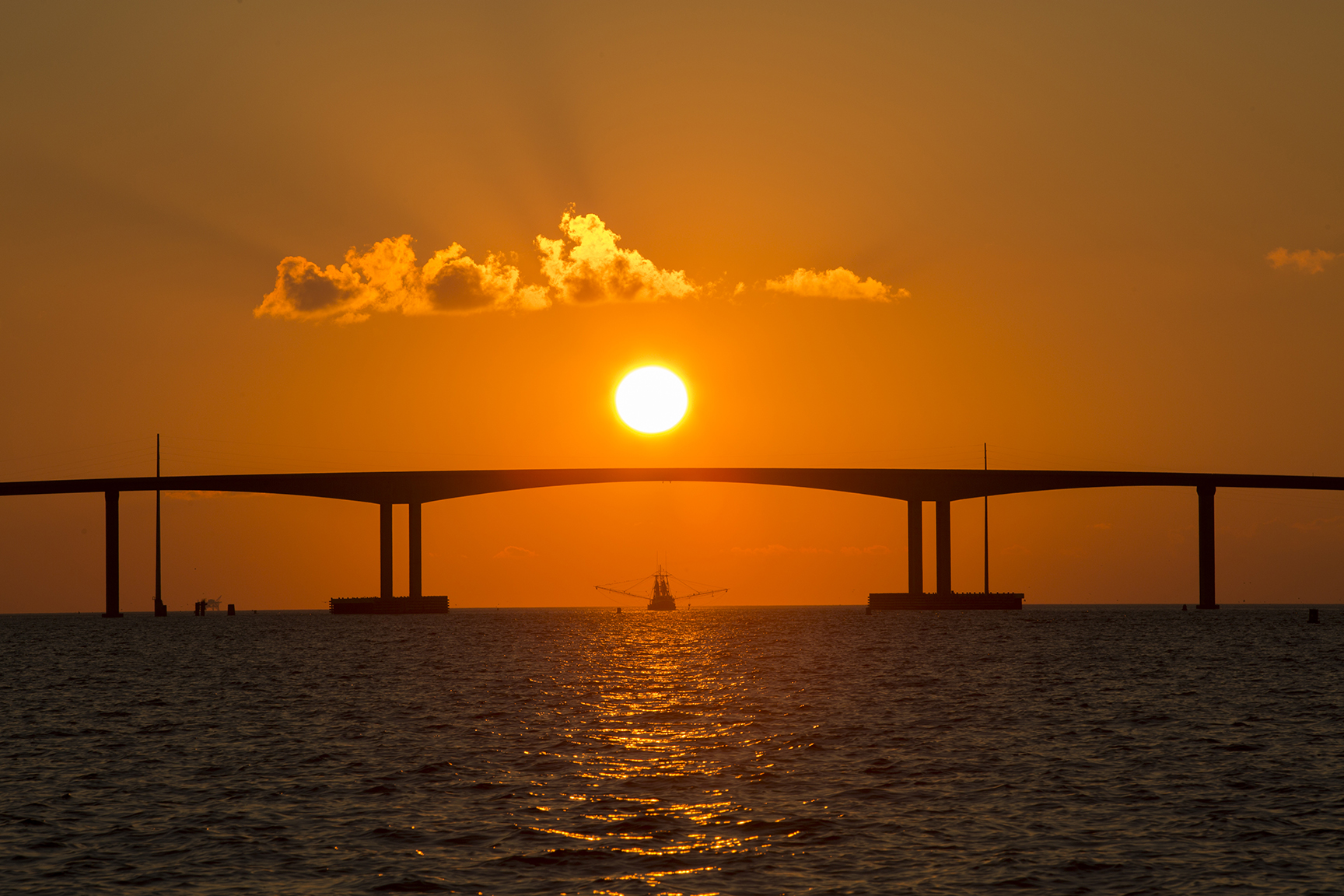 The new campaign used magnificent photography showcasing life on the Island with poetic copy that was not crass or salesy. The media mix allowed the campaign to reach a broader audience than previous campaigns with a story-telling approach to engage potential visitors emotionally and create wanderlust. The campaign greatly enhanced the image of Dauphin Island among regional travelers and drove visitation, creating a positive halo effect for the entire Alabama Gulf Coast. The universal appeal of the sunset experiences, along with the authentic charm of the Island, its history and its people, were key in the development of a creative platform. The marketing deliverables for the destination brand included a new logo; custom on-location photography; new website including design and development on a user-friendly content management platform; social media strategy and implementation; print ad series; billboard design; radio advertising; island banners; print collateral; and media planning and placement.

Dauphin Island, Alabama logo before & after

Destination rebranding efforts should be aligned with shifts in customer expectations and interactions, not simply used as a crisis response tool. Throughout the rebranding journey, Stamp had the full support of the mayor, town council and other city leaders. Since the launch of the campaign, Dauphin Island’s Mayor reports that tourism has been increasing in the last four years by 10% to 12% each year. Ferry riders from the mainland continue to increase. Permits and new home construction are on the rise with 100+ new homes built in the last three years. New mom-and-pop businesses are opening. And tax revenue is up an average of 10% to 12% per year and climbing. And in 2014, Dauphin Island ranked in the top 8 Southern Islands You should be Visiting This Summer by Huffington Post. The road to rebuilding a brand reputation for a destination can often be a long one. The important thing is to create a strategy that will identify the best messages and channels for communicating with visitors during and after challenging times. And don’t forget to take time to enjoy the sunsets along the way!